A 52-year-old father of four, Henry Oboh, who was recently arrested by men of the Cross River State Police Command  for allegedly defiling a 12-year-old girl in a community known as ‘One Man’ in the Akamkpa Local Government Area of the state, has blamed spiritual forces for his misconduct.

Oboh allegedly dragged his victim into his room and threatened her with a kitchen knife before having canal knowledge of her.

While parading the Oboh before newsmen, the state Commissioner of Police, Hafiz Inuwa, said Oboh had dragged the victim into his room when her parents were not around.

“On June 6, 2018 at about 21.25 hours, one Faith Sunday, a 12-year-old female of One Man village in Akamkpa LGA reported at Akamkpa Police Division that on June, 2, 2018 at about 13.18 hours, one Henry Oboh, of the same address, dragged her to his room when her parents were away. He threatened to stab her with a table knife and thereafter had unlawful carnal knowledge of her. The case was transferred to the CIID on June 11, 2018 for discreet investigation. The suspect has confessed in his statement and will be charged to court at the conclusion of the investigation,” Inuwa said.

When intterogated, Oboh said he deeply regrets his action.

“Some forces pushed me to have sex with the small child. I was not myself and how I did that I cannot explain. I never planned to have sex with her. Something pushed me all of a sudden and that was why I immediately surrendered myself when the police came to arrest me. I am ready to face the consequences of what I have done. I am seriously regretting what I did.  I am a mechanic. I am married with four children.” he said 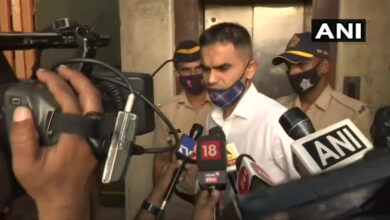