Bride whose husband was nervous on their wedding day came up with a brilliant plan to lighten the mood.

Heidi Zherelyev, a woman from Arizona, was getting married to Val and she always wanted to pull a prank on him on that day but later abandoned the plan. Then, on her wedding day, she noticed that her soon-to-be husband was nervous, so she quickly hatched an epic plan to lighten the mood. 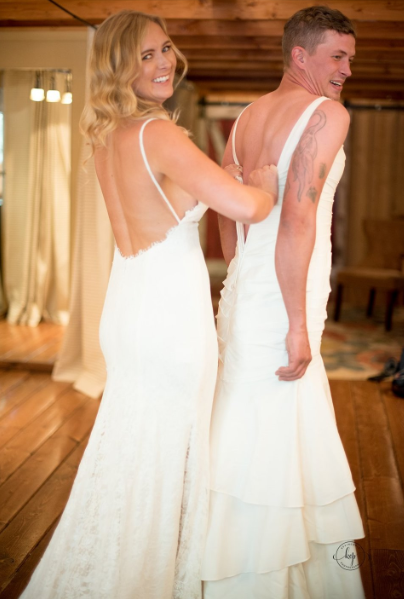 Heidi and her best friend, Chelsea, recruited one of Heidi’s elder brothers, Eric, to wear Chelsea’s old wedding dress, apply Heidi’s deodorant and perfume, and walk up to Val pretending to be the bride. 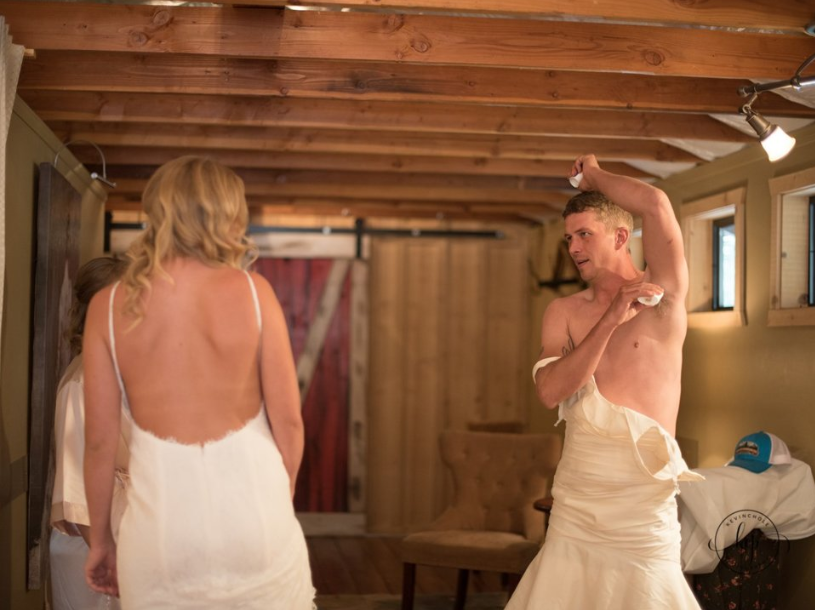 Although he was reluctant at first about stepping into the dress, Heidi persuaded Eric to wear it by telling him that the prank would make her and Val laugh. He was a good sport and committed to the part by applying Heidi’s deodorant and spritzing her perfume. If he smelled like her, he would be more convincing when he walked up to Val from behind. 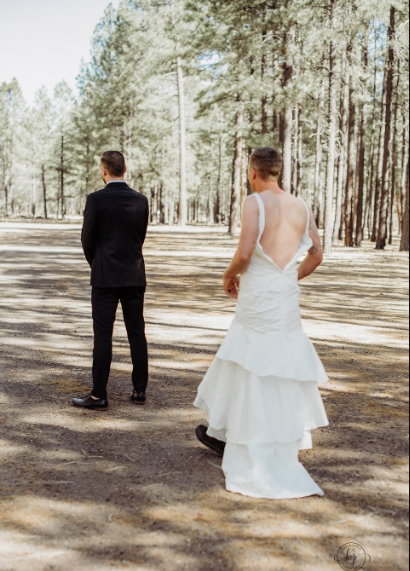 When Eric walked up to Val from behind and tapped him lightly on his shoulder, he thought it was his bride and he turned, expecting her, but he was shocked to see her brother and he burst into laughter. This helped him relax and took away the edge. 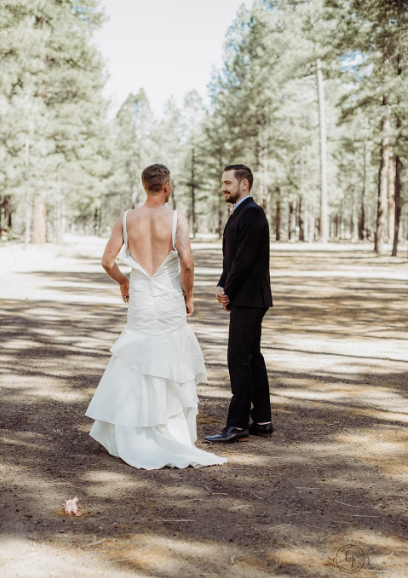 “After that, it was just fun. No more nerves,” Val said.

The photos taken by photographer Nicole Cline have now gone viral and the couple have even received messages from other couples who were inspired by the prank. 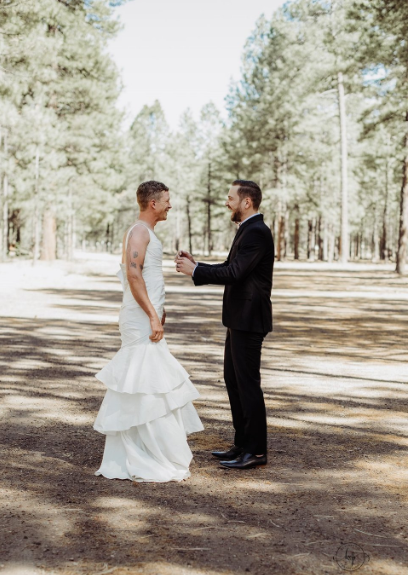 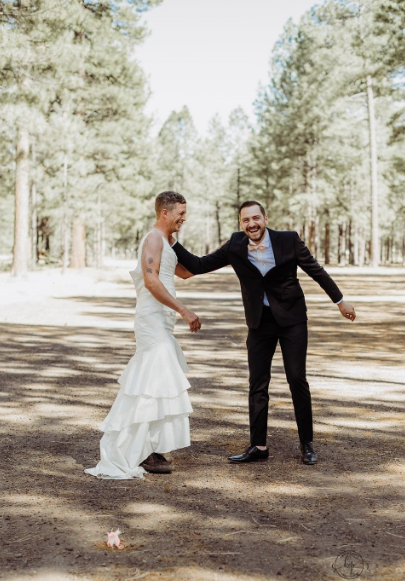 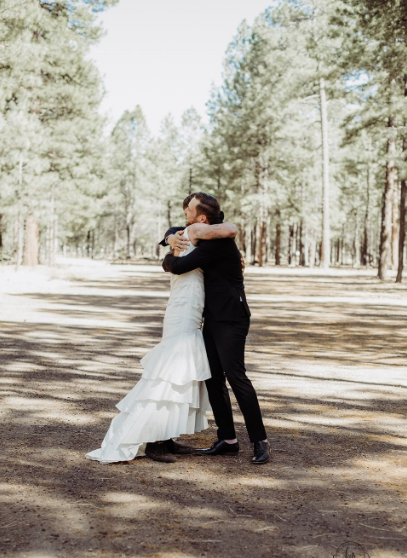 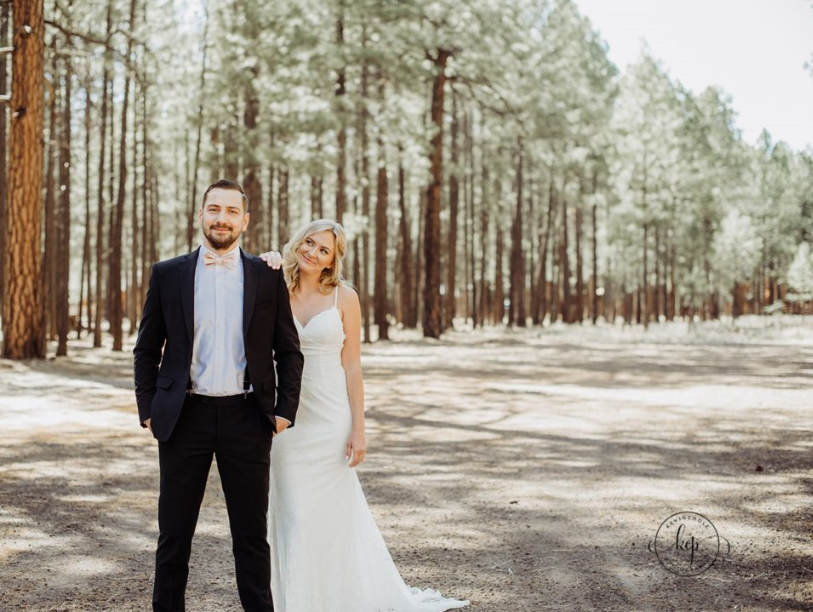 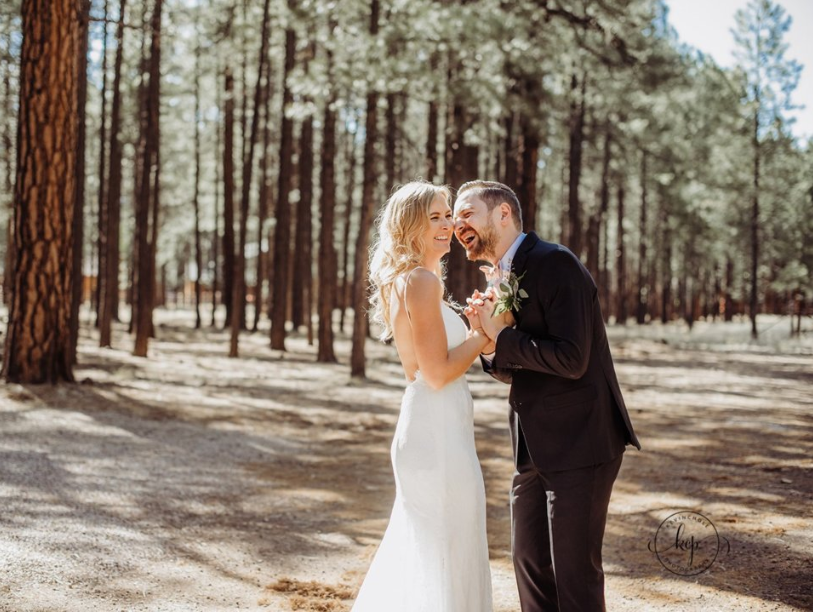 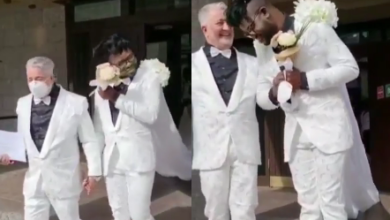 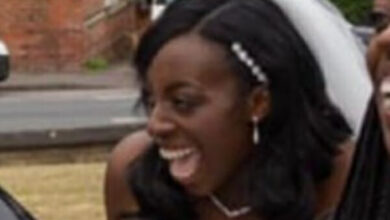 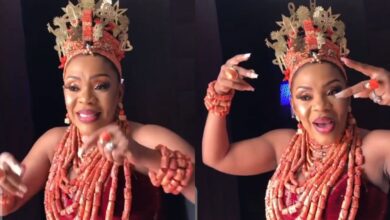