A 30-year-old man has been arraigned at a Dutse Grade 1 Area Court for allegedly stealing N296,000 belonging to his girlfriend.

The man, identified as Endurance Adams, was charged with criminal breach of trust and theft on Tuesday, where he pleaded not guilty to the charges.

The prosecutor, Mr. Clement Eromosale, told the court that the matter was reported by the defendant’s girlfriend, Grace Luka, on Aug. 30, at the Bwari Police Station.

According to Eromosale, the defendant, sometimes in December 2017, approached the complainant and asked her to be his girlfriend.

He explained that after the complainant had agreed to his request, the defendant deceived her and collected her Ecobank ATM card and pin number with the guise that someone was going to send money to him through her account number.

The prosecution said that the defendant dishonestly withdrew the complainant’s money, in the sum of N296,000, without her consent and converted the money to his personal use.

Eromosale said during the police investigation, the defendant confessed to the crime.

He said the offences contravened Sections 312 and 287 of the Penal Code.

The Presiding Judge, Mr. Suleiman Mohammed, admitted the defendant to bail in the sum of N100, 000 with two sureties in like sum. 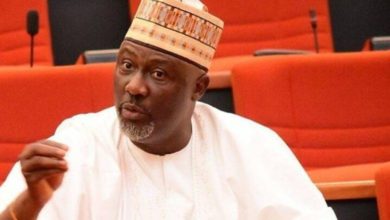