The Captain America actress accused of killing her mother has claimed she stabbed her four times in the back in ‘self defense’ because her mom came to attack her with a knife.

Mollie Fitzgerald, 38, is charged with fatally stabbing Patricia ‘Tee’ Fitzgerald, 68, at her home in Olathe, Kansas on December 20.

According to court records, Fitzgerald told police and 911 dispatchers after the bloody attack that her mother had tried to kill her, but Patricia’s autopsy,found no evidence the mother had ever been in control of a knife and that the woman had suffered ‘defensive injuries’.

‘(Fitzgerald) said her mother just would not stop trying to take the knife to kill her, so she had to kill her mom,’ the arrest affidavit said.

Fitzgerald, who was arrested at the scene, was taken to hospital for treatment on minor injuries after she suffered cuts on the palms of her hands and a bite mark on her bicep.

Meanwhile, a medical examiner found that Patricia had suffered ‘defensive injuries’ in the attack and bruising on her face and neck that was consistent with being choked.She also had multiple wounds on her hands, including one that almost severed her thumb.

The autopsy found no evidence that Patricia had been in control of the knife.

Fitzgerald was arrested on December 31 and charged with second degree murder.

The actress and movie director and producer is best known for making a small appearance in the 2011 Marvel film Captain America: The First Avenger, where she played Stark Girl.

I want him back, he is the father of my kids - Woman stabbed in private part and breast by husband speaks 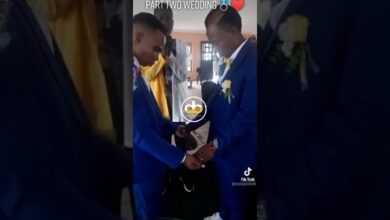