Girls  and fans of Justin Bieber are not happy with news of his engagement of his boo, Hailey Baldwin.

According to reports, the 24-year-old hitmaker got down on one knee to propose to the 21-year-old model at a resort in the Bahamas on Saturday night. TMZ reports two women said they were at a restaurant when Bieber’s security told everyone to put their phones away as something special was about to happen.

Justin Bieber is engaged to Hailey Baldwin and I have never been so sad in my entire life… did she know every word to every song? did she go to his concert by herself? did she buy all purple clothes because he said it was his favorite color? did she even watch never say never

Shocked and offended to hear about Justin Bieber's engagement…. Hailey Baldwin may be beautiful and insta famous, but did SHE buy a bright purple Juicy Couture hoodie in 2010 to celebrate the release of Never Say Never??? I think not

Justin Bieber and Hailey Baldwin are engaged. Literally everyone is getting boo’d up this summer and my single ass is sittin’ here sweating in the heat like pic.twitter.com/xKm4MergSS

Justin Bieber is engaged and I’m kind of broken atm. Never knew this would hurt so much. I’m happy for him and Hailey though!

If this is true then CONGRATULATIONS JUSTIN AND HAILEY!!!!! YOU BOTH DESERVE THE WORLD AND ANYBODY WHO QUESTIONS THE LOVE THAT YOU TWO HAVE FOR EACH OTHER ARE PLAIN FOOLS!!!! @haileybaldwin @justinbieber

how did I not know this lol

me: that is so sad, alexa, play one less lonely girl

I woke up to “Justin Bieber and Hailey Baldwin are getting engaged “ on twitter. My heart is shattered. Completely chopped up.

“No Tithes, No First Fruits” — Daddy Freeze Reacts To Mark Zuckerberg Being 3rd Richest Man in The World 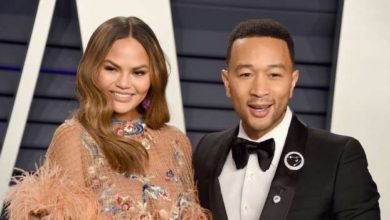