Suspended chairman of the All Progressives Congress (APC), Adams Oshiomhole has reacted to Victor Giadom’s move to take over his seat.

Reacting to Victor Giadom’s declaration of himself as acting chairman of the party in an interview on Channels Television’s Politics Today on Wednesday June 17, Oshiomhole stated that only the Deputy National Chairman of the party can take over his seat.

He also wondered how a Deputy Secretary who resigned from his position will go against the directive of the National Working Committee of the party. The suspended chairman averred that the plot is to destabilize the party just like “they” did to Rivers state chapter of the APC.

“My advice to my brother, Victor, is about common sense – in the absence of the Chairman, there is nothing in our rules and the court can only interpret the rules of the party and the Constitution of Nigeria.

“It serves the common sense that if the chairman is absent, it should be the deputy; in the absence of the deputy, it is the vice-chairman. How does the deputy secretary come in? As we speak, we have a secretary in the office. People should put God first, our party’s interest second, and our democracy deep in their hearts and not trying to use any externality to destabilise it.

“Everybody knows that we ought to resolve issues in line with the party’s rule. How can a deputy national secretary, assuming he was still one, claim to be the chairman?”

Commenting on the court of appeal upholding his suspension from the party, Oshiomhole said his next line of action will be determined by his lawyers based on legal advice.

“We thank their lordships, they have given their judgment. In our democracy, the court is an independent arm of government.

“When they hand that judgment, it is not for you to pick whether you will obey or not. I accept their judgment in good fate.

When asked if he would instruct his lawyers to appeal the ruling of the Appellate Court on his suspension, the embattled APC chief neither confirmed nor opposed the question but said it won’t be discussed on national TV.

“What I do next would be based on my legal advice and my lawyers will act on that. I don’t think I need to communicate that through the television. It’s a relationship between a lawyer and his client. And I think we should leave it at that.”

He added that there is no going back on the decision of the party’s National Working Committee (NWC) to disqualify Governor Godwin Obaseki of Edo State from participating in APC primary election on June 22.

Half brother of Robert Fuller, the man whose body was found hanging from a tree has been shot and killed during a shootout with LA County deputies 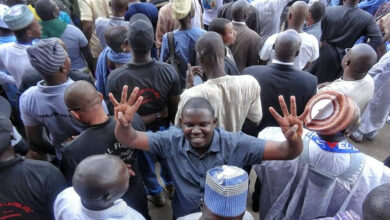 “This is how he celebrated you. Please rescue him” – Man begs Buhari as he shares photo of aid worker abducted by Boko Haram giving the 4+4 re-election sign 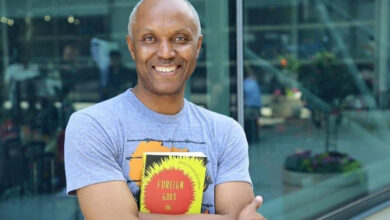 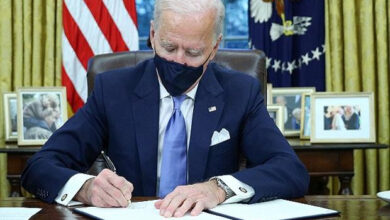