“We don’t know exactly how it happened”, Enyinaya Favour, a 2nd-year student of Theatre Arts of the Alvan Ikoku College of Education, Owerri shared. She stuttered while explaining how she lost her 17-year old friend a few weeks earlier.

Favour’s friend, Nonso (real name withheld), a student of another tertiary institution in the Eastern part of Nigeria, had gone out with his friends in April 2019; they headed to a party after hanging out for a while. The friends were singers and wanted to perform. Before going on stage Nonso was given Indian hemp laced with another substance. It was supposed to ‘make his show better’. Somebody mixed a bit of this and a bit of that that nobody can ascertain till now.

The poor boy returned home later that evening but nothing seemed right. He was running a temperature and felt feverish at the same time. His family members wondered what the problem was. However, since it wasn’t alarming yet, they thought that he would eventually get better.

A few hours after the boy stepped into the house, he could no longer speak as he weakly hit his chest in an attempt to stop the burning sensation he was feeling internally. Soon, neighbours joined to carry Nonso to the hospital as he was spasming on the couch and behaving erratically. “You need to see how he was sweating”, Favour shook her head.

“We later got to know that he took something for the first time. So I understand what you are saying; that’s why I am here,” she explained as she sat at the Student Union hall at her school.

She was one of the hundreds of students who joined the MTN-led Anti Substance Abuse Programme (ASAP) for various activities around Owerri, Imo State. Like thousands of young adults around Nigeria, she has lost a young friend to substance abuse and is determined to help in any way she can. 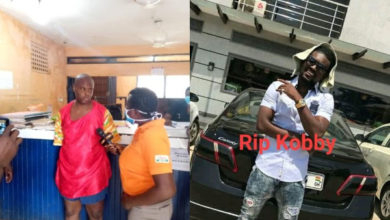