Amid tensions in the middle east between Iran and the United States’ military, the  President of Iran, Hassan Rouhani has mocked Trump on Tuesday, saying the White House is “afflicted by mental retardation.” after the US administration placed new sanctions targeting the Iranian Supreme leader and his close associates.

The US sanctions were in response to the attack on two ships in the Persian gulf last week and the downing of a US drone worth $110m with the US saying the drone was in international waters while the Iranians claimed the front was shot down in Italian airspace..

Trump called off a last minute air strike on Iranian military after hearing of the death toll, with the Iranians military threatening to shoot down more US aircraft as the possibility of a war between the decades long enemies increase.

US secretary of State, Mike Pompeo reiterated that the US was ready to enter talks with Iran as soon as possible but the Iranian government has dismissed the US’ diplomatic outreach.

In televised remarks on Tuesday, Rouhani said the decision to impose sanctions on the Iranian Supreme leader meant the “certain failure” of the White House’s efforts, and also criticized U.S. officials for the planned sanction against Foreign Minister Mohammad Javad Zarif.

“You sanction the foreign minister simultaneously with a request for talks.”

“Tehran’s strategic patience does not mean we have fear,” Rouhani said.

‘Imposing useless sanctions on Iran’s Supreme Leader and the commander of Iran’s diplomacy [Zarif] is the permanent closure of the path of diplomacy,” Foreign Ministry spokesman Abbas Mousavi said in a tweet.

The US and Iran have been in a diplomatic stand off since Trump cancelled the Iran nuclear deal signed by the Obama administration, the EU, Russia and China with the US president accusing them of not keeping up to the terms of the deal and putting themselves on a path way to nuclear armament in the near future. 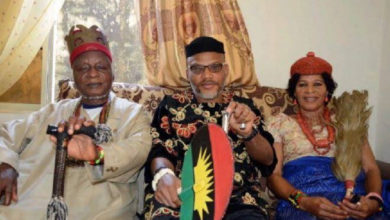