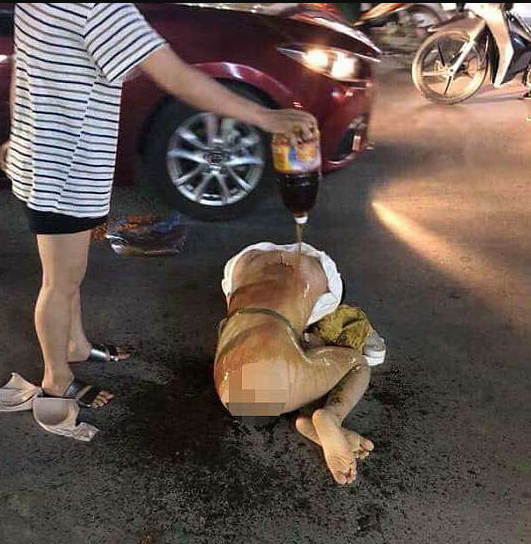 A jealous wife stripped her husband’s alleged mistress naked then poured fish sauce and chilli powder all over her body.

Giang Jun, 30, was working at her beauty spa in Thanh Hoa, Vietnam, on Tuesday at 10pm when the furious wife stormed in and accused her of having an affair with her husband. The wife then dragged Jun by her hair onto the road outside before tearing off her clothes and dousing her in fish sauce. She also rubbed extra hot chilli powder all over Ms Jun’s naked body.

The incident was photographed by Mr Pam and police are now investigating. 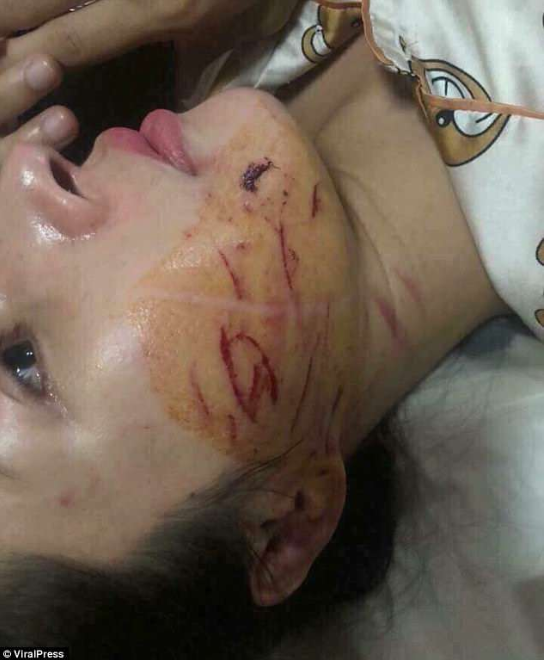 Mr Pam said: “There was lots of cursing at the woman. The wife said she had been married for ten years and that the beauty spa owner had destroyed her marriage. There were a group of women helping her. She pulled her hair and slapped her. She put chilli powder over her body in the middle of the High Street.

“The victim showed no resistance, she just was on the ground and received it. I think she was taken to hospital because of burns caused by the powder.” 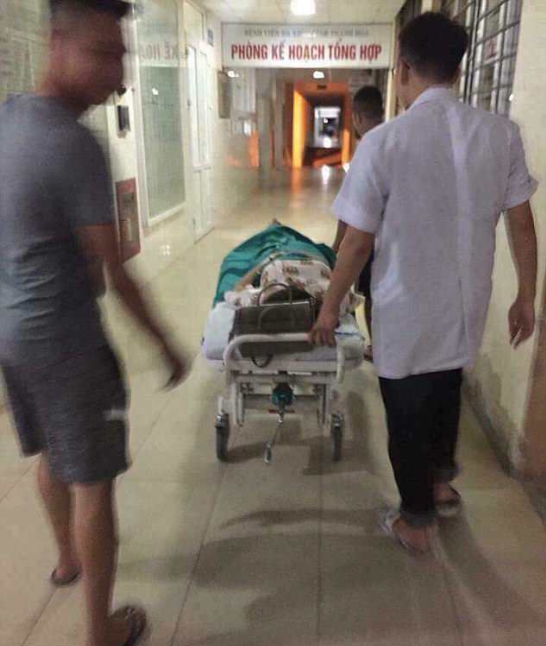 The humiliating act is said to be a disturbing copycat trend emerging in Vietnam when wives confront their husband’s mistresses.

Thanh Hoa Police Chief Lam Son Ward told local media that officers received a call at 10pm about a girl who was jealous and had attacked another woman with fish sauce and chilli.

He said: “When officers arrived, all parties involved had left the scene. The cause of the case is now being verified. There are signs of a crime being committed by humiliating another person.” 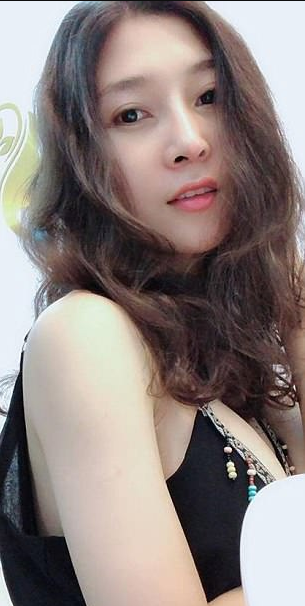 In saner climes, Sheikh Gumi should have been behind bars – National Union of Journalists