Despite Cristiano Ronaldo‘s rape allegations, Juventus are still showing support for their star man and are ready to welcome him back on Saturday evening against Udinese.

The club tweeted: ‘@Cristiano Ronaldo has shown in recent months his great professionalism and dedication, which is appreciated by everyone at Juventus. 1/1’

— JuventusFC (@juventusfcen) October 4, 2018 The events allegedly dating back to almost 10 years ago do not change this opinion, which is shared by anyone who has come into contact with this great champion. 2/2

His former club, Manchester United also appeared to show support for the star by using the narrative of Ronaldo’s comeback to Old Trafford to promote ticket sales for their Champions League game against Juventus on October 23.

The club were described as ‘awful’ by Gary Lineker after they released a statement in support of ‘great champion’ Ronaldo.

According to reports, shares in Juventus fell sharply on Friday, with the stock price down almost 10 percent. It has now crashed 18 percent since the allegations emerged on Sunday.

Ronaldo is being sued by Kathryn Mayorga, who says he raped her in the penthouse suite of a Las Vegas hotel in 2009. Ronaldo has repeatedly denied the accusations and Juventus are ready to select him for the first time since the story broke.

Juventus manager Massimiliano Allegri said the £100million signing could start. ‘I must say that I’ve only known him as a person for three months, but over the years I’ve seen him as a serious person, both on and off the pitch,’ said Allegri.

‘He has broad shoulders, so much so that he can be completely focused on the match. After having a break from the Champions League, he is extremely ready to return, as he demonstrated in training yesterday.’

Lineker slammed Juve after the Serie A holders tweeted: ‘Ronaldo has shown in recent months his great professionalism . . . the events allegedly dating back to almost 10 years ago do not change this opinion, which is shared by anyone who has come into contact with this great champion.’

The former England striker posted in reply: ‘Whatever the legal outcome, this is awful from Juventus.’ 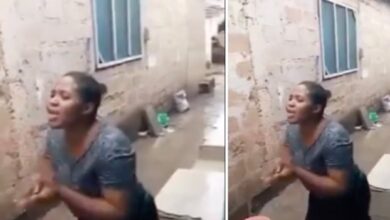