Some people stop dreaming when they reach a certain age and haven’t achieved their dreams, but for Black Panther actress, Dorothy Steel, she decided to go after hers at the ripe old age of 88.

The actress, who turned 92 last week, decided to pursue an acting career when she was 88. She didn’t immediately become a star but at the age of 91, she landed a role in one of the most talked about movies of 2018, Black Panther. In the movie, Steel portrayed the elderly woman with large Fulani earrings.

During a recent interview with Atlanta’s WSB-TV, Steel said: “If anyone would have told me I would be an actor, I would’ve said you got to be out of your mind.”

Steel said that she sent her audition tape into Marvel last year and the response was immediate.

“We sent it in and an hour later they said, ‘Who is that old lady? We want her.'”

Steel has a handful of movie credits but Black Panther is her largest.

Of the success, Steel said: ““It was just amazing, it truly was.” 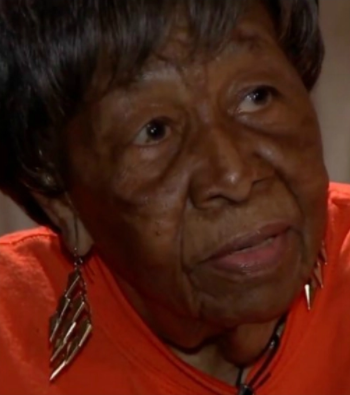 She went on to explain what it was like to be on the set every day, saying: “Chadwick the King. Every day, he would make sure if I was on the set, he would come by and make sure he gave me a big old hug and kiss.”

Steel said she became the grandmother on the set for the movie that she describes as a movement.

“We were one big melting pot of black people and we knew we were doing something that had never been done before. Ya know?” she said.

"I still remember the smell of him": Woman whose mother set her up to be raped by an obese stranger at age 16 relives night of torment