A mother, 52, and her daughter, 20, reported a hired assassin to police after they paid him to carry out a murder but he didn’t follow through.

The mother and her daughter paid the daughter’s boyfriend a deposit of €7,000 to kill the mother’s partner and sell his organs after the boyfriend allegedly told them that he was a government spy and needed the cash to find and kill him.

Police sources said the mother and daughter hoped the sale of their victim’s organs would help them to recover €60,000 (£53,765) allegedly stolen from the mother.

But he ended up not carrying out the murder so the mother and daughter went to police in Spain to make a formal complaint about losing the money.

The daughter’s boyfriend, who claimed to have won a string of medals as a secret agent for Spanish official intelligence agency CNI, was arrested hours later.

Detectives have also seized a contract signed by the trio which stated the killing would be carried out by a group specialising in anti-terrorist operations between 60 and 180 days after the written agreement was made.

All three are Spanish and police sources said none has a criminal record. They are currently on bail after being released by a judge after questioning pending an ongoing court probe.

No details have been released about the identity and whereabouts of the mum’s partner and how he had managed to dupe her out of more than £50,000.

Lol! Two men engage in serious combat inside a gutter over N100 (video) 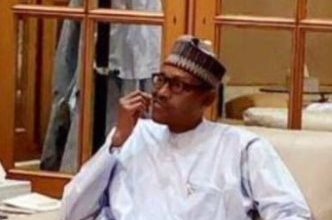