The Lagos state police command has begun the search for two traffic robbers that attacked two American nationals along the Oshodi-Gbagada expressway on Monday, November 6th. The two Americans namely Karin Krslovic and Carly Benkov, who just arrived Nigeria, were heading to their hotel rooms when they were attacked while in traffic. Two hoodlums emerged and smashed the two back glasses of Toyota Land cruiser Jeep with registration no EKY 168 CJ. Items stolen from the victims include one Laptop MacBook air, Charger, Wallet, Credit Card, passport and Eyeglasses.

The state police command has vowed to fish out the suspects and charge them to court. Meanwhile,  police presence has been increased in that area.

Two-year-old Nigerian boy, four others drown in the Mediterranean Sea due to reckless behavior of Libyan Coast Guards(Photos)

Zimbabwean pastor exposes man who brought his side chick to church, ask him to choose between the lady and his wife (Video) 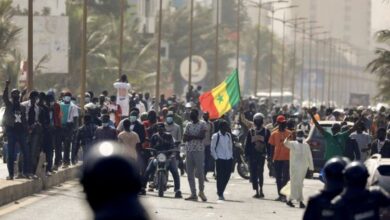