British Prime Minister, Theresa May, arrived at FMDQ Security Exchange building, Victoria Island, Lagos, for a meeting with the Nigerian business community and was welcomed by Governor Akinwunmi Ambode of Lagos State.

The prime minister, accompanied by members of her trade delegation, arrived the venue at 6.30 p.m. on Wednesday. Alhaji Aliko Dangote, Femi Otedola and Tony Elumelu, among others, had earlier assembled at the venue.

The meeting, expected to last for 40 minutes provide an opportunity for forging more bilateral relations between Nigeria and the United Kingdom.

She is billed to spend time with victims of modern slavery during her brief stay in the nation’s commercial hub. The prime minister’s visit to Lagos comes barely eight weeks after the French President, Emmanuel Macron, visited the African Shrine in Ikeja, Lagos. 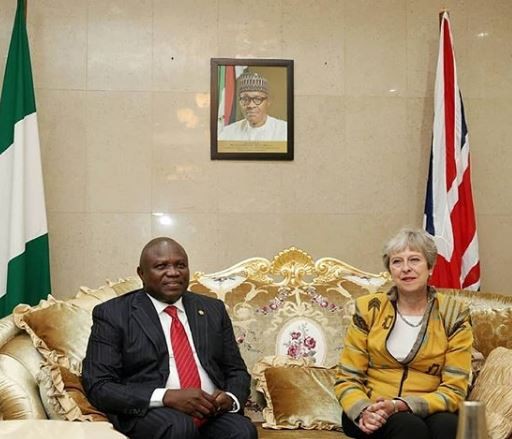 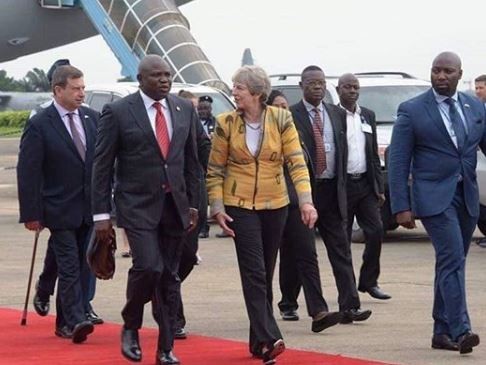 Photos-'My dad and his boyfriend came to visit me and my boyfriend' - Gay wrestler, Matt Cage

8 persons including a pastor, his wife and three children killed as attackers invade Barkin ladi