Controversial Zambian physician and opposition leader, Chilufya Tayali, has recalled when some ladies rejected his marriage proposal because they thought he was too old and divorced with two daughters.

The Economic and Equity Party President, made the revelation on Tuesday, July 20, as he celebrated second wedding anniversary with his beautiful Ethiopian wife.

According to the politician, the ladies who felt he was too old for them to marry are dating married men.

He also narrated how he attempted suicide and ended up in the hospital after his first wife decided to divorce him.

“After a few days of differences she told me, we can no longer be married, but in my mind, I thought it was not possible. Unfortunately, it later dawned that actually it was happening. I couldn’t take it, I loved my family so much, and I couldn’t imagine life as a divorced man. I ended up in UTH on attempted suicide,” he wrote.

Nine years later, I met this wonderful young lady when I took a holiday in Ethiopia. She was very beautiful that I could not imagine my hands on her body. But she was very humble and generous which revealed her golden heart.

From that moment I forgot about all my single ladies catalogues from various parts of my Country and elsewhere. I was just focused on this one, like a hunter with one bullet in the middle of the night.

I put all my resources and everything to make sure I win her heart and on Valentine’s day of 2019, I engaged her. On my birthday of the same year, we registered our marriage at Civics Centre in Addis Ababa, in readiness for the wedding on this day two years ago.

20th July 2019 came and we were ready to get married in Addis Ababa. Thanks to H.E Emmanuel Mwamba who graced the wedding as the guest of Honor.

My fellow Zambians in Ethiopia took their time to be part of the wedding and offered us matrimonial gifts of beddings and robes which have worked very well because Kiya is today, 1 year 2 months.

My in-laws were such a blessing, they supported us and made sure everything went well on that day. They never looked at my resources or other things, they just believed that I loved their daughter because I was going to Ethiopia almost every two weeks for a year.

Our friends were superb, especially in pushing my wife in my direction, even when she discovered that I was a nuisance on social media. We are truly grateful to all of you and we pray for God’s blessings in your lives.

I have written all this for some one to realise that, at times life becomes bleak and we just want to end it, please look up to God, He always has a way.

Stay hopeful, prayerful and patient, God will give you what you never thought you would have. You can say whatever you want, but the truth of the matter is that I never thought I would marry a woman like my wife in many ways.

I remember three ladies turning me down because they thought I was too old for them yet we were sharing personal incentives. Today they look older than me and still not married.

A few others ran away from me because I had two daughters and divorced yet today they are going out with married men.

I am not being spiteful, I am simply encouraging all of you, including those ladies I knew, that God is there for all of us, never lose hope. Let me get back to my wife, it’s our day after all.

Hilarious! Actor Victor Osuagwu says his late mum has been appearing in his dream asking for a 'reburial' after the much talked about Obi Cubana's mum's burial (video) 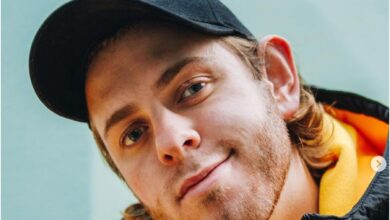