A South African woman known for being an outspoken Christian on Twitter has shared a controversial tweet that’s led to a debate.

Nikki Shange, who refers to herself as “daughter of the Rabbi” made this statement while reacting to a question about labour pains.

And Nikki replied: “It’s not sore at all unless you’re still under the curse of Adam. We are now under the blessing not the curse. Christ came and reconciled us to The Father and removed sin and all things that come from sin. So if you still get period pains or labour pains, it’s your choice to.”

Web users criticized her logic but she stood her ground and wrote again: “Pain came because of the fall of Adam. And sin came because of that. But we thank The Father for sending us His Son to die for us. To reconcile us back to Him. We thank God for the covenant of Grace which has set us free from the curse. We are now under the blessing.”

Leo Dasilva slams Nigerians who shame only the woman after sex

Kenyan government deports "Jesus" and arrests pastors who invited him 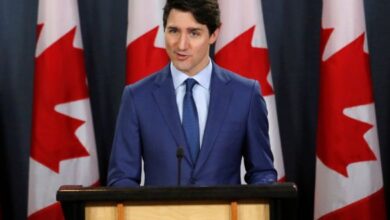 Canada to support Nigeria with $10m to tackle insecurity