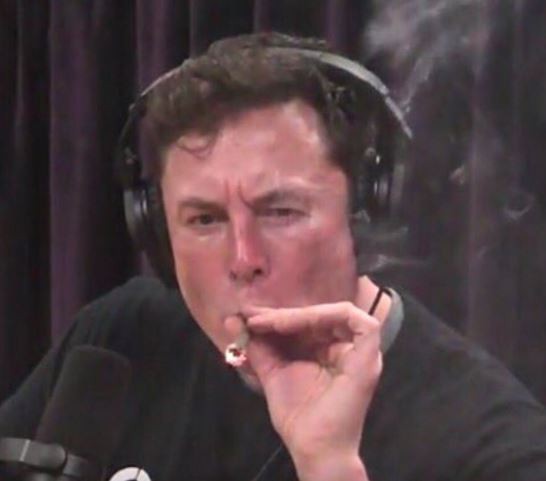 Tesla CEO, Elon Musk appeared on “The Joe Rogan Experience” podcast on Thursday night, where he discussed a wide range of topics including his tweeting behavior, his Boring Co.’s flamethrowers, and “neuralink” devices that could connect brains to computers.

During the interview, Elon Musk stunned his board of directors and indeed the world when he sipped whiskey and smoked marijuana during a 2 1/2-hour podcast.

“I’m not a regular smoker of weed,” he said as he took one drag from what Rogan described as a joint containing tobacco mixed with marijuana, which is legal in California. 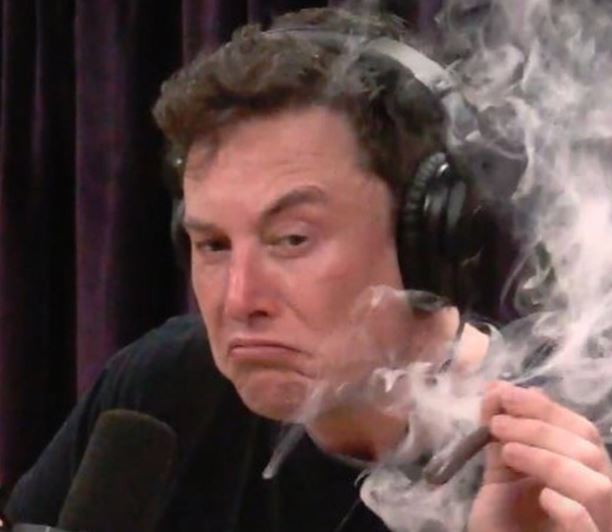 Mompha wants everyone to know that himself, wife and kids flew first class to India, shares tickets photos

Meanwhile In Dallas: Police enters an apartment she mistakes for hers and fatally shoots the man inside

”Worse thing you can do is listen to what I have been through and put me through it again”- actor Blossom Chukwujekwu’s estranged wife, Maureen Esisi, writes