The police in Delta state is currently on the trail of one Onuwa Oliseh for allegedly killing his 7-year-old nephews, Chiagozie and Chidalu Agwunobi, for money rituals in Oko Ogbele Community, Oshimili South Local Government Area of Delta State.

The distraught father of the deceased twins, 52 year old Agwunobi Oliseh, said the suspect came to his house in the morning of Friday March 6, to inquire if the twins were going to school. He answered in the affirmative, but little did he know that Onuma had an agenda to kill his children.

He said it was after he reported that they were missing that the bodies of his male twin children were found where they were dumped with their eyes, tongues and hands missing.

“I am a traditionalist and a farmer. I’m married with seven kids. My twins were seven years old. On March 6 in the early morning, Onuwa came to my house and inquired if my late children would go to school and I said yes. I later learnt he told his younger brother, Iweka, to help him take my children out of the school premises. He said he wanted to go somewhere with them.

Later in the day, he went to their school and tried to take them out but he was chased away by their teacher. As soon as they came back, he came to my house and asked them to follow him to the stream. I think they were on their way when he brought out a cutlass and killed them.

According to his brother, he ran back home with his hands stained with blood. He then asked the brother to pour water on his hands while he washed the machete with which he killed the twins. He left for Uzor’s house and both of them went to one Anam.

It was when I came back later in the day with my wife that I realised the twins were missing. While I was running around, Iweka told me that it was Onuwa who took my children. Onuwa ran away but we were able to find Uzor who told us where their bodies were dumped. We went there and found their mutilated bodies. Their eyes, tongues and hands were removed,” he told Punch

The suspect’s younger brother, Iweaka, who attends the same school with the twins, told the police that in the morning of March 6, Onuma had asked him if he could help lure the twins out of the school premises.

“I am a primary four pupil of Ekeanya Primary School. On March 6, at about 6.30am, my elder brother Onuwa Ajei Oliseh, asked me if I would go to school and I told him yes. He asked if I can help him bring out the twins from the school before the school closes that day and I told him no because their teacher would not agree.

That day when I came back from school, I saw my brother place a cutlass on the table where he was eating while I went to the backyard. It was later I heard that the twins were missing and their dead bodies were found in the bush,” he told detectives

Investigation by operatives of the Inspector-General of Police Intelligence Response Team in the state led to the arrest of Onuwa’s alleged accomplice, Kelvin Uzor, who is also a relation of the twins.

“Police got information that on March 6, the twins were missing from their parents’ house. Their bodies were later found in the bush on March 8 with some parts of their bodies mutilated. Their eyes, hands and private parts were missing. Police began investigation and generated enough intelligence that led to the arrest of Uzor. He confessed that they were a three-man gang and wanted to do money ritual with the body parts,” a senior officer who spoke on condition of anonymity said

In his confessional statement, 18-year-old Kelvin Uzor, admitted the twins were killed for rituals but denied partaking in their murder. According to him, a friend of his, Chukwudi, had informed him of a herbalist in Anambra state who could make him rich via money rituals. Uzor who claimed to be a farmer, said he was moved to get involved in rituals after seeing most of his mates in the community living well despite not working as much as he does.

“I stopped schooling after my primary school education because my parents did not have money. I worked for a farmer called Egwiyo. I served him for many years and he promised to give me money this year. Chukwudi told me there was a place where we could do money rituals in Anambra and he asked if I was interested.

We later told Onuwa who agreed to do it. I told them I was not interested but if they want to do it, they could go ahead. I told them I would be happy if they succeeded. I was sleeping when Onuwa called me and said he had killed the twins. He said he took their bodies to one native doctor in Delta but the man told him he wasn’t into money rituals.

He later called me when the heat was much and told me where he dumped the bodies. Now, police said I was the one who killed the twins. Onuwa took the body parts to a herbalist in Aguleri, Anambra.

I wanted to become a young chief because most of the young men I know did not work as hard as I did and now they are millionaires. I am a farmer and hardworking but I was not making enough money. I have no savings. That was why I somehow agreed to be part of the plan.

Onuwa convinced me it was the fastest way to make money and that most of our colleagues made money through that means. My greatest mistake was that I did not inform my family when Onuwa suggested that we should use the twins.

I love the twins so much and their parents are nice. I cautioned him but I don’t know that he would still go ahead to kill them. They normally go to his house to play; so it was easy for him to take them out without anyone being suspicious. I was not in the bush when he killed them.” Uzor stated

Uzor said immediately he learnt about the twin’s murder, he ran to Anambra where he was tracked down by the police. He told the police that the initial plan of his gang members was to use an elderly woman but he prevailed on them to spare the woman because she was generous.

“Initially, they wanted to use one old woman known as Nne Amaka, but I pleaded with them to leave her because she is nice. If I passed by and begged her for water, she would give me water and even food.

“I feel bad because he betrayed me. I am appealing to young men that money ritual does not pay. I am a hard working man and well known. Even when my name was mentioned in the crime, a lot of people came out to defend me. I am sorry. I want the family to forgive me” he stated

Update: Police officers caught on camera destroying goods of traders in Lagos have been identified and subjected to disciplinary proceedings 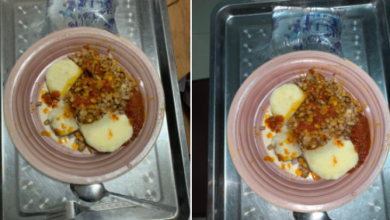 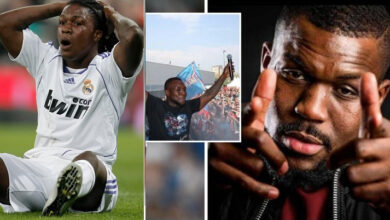