On Tuesday December 3rd, wife of the President, Aisha Buhari, lamented that two powerful personalities have constituted themselves as a clog in the wheel of speedy development of the country. Mrs Buhari, who spoke at a conference organized by Project 4+4 in Abuja, however, did not mention the names of the powerful persons.

The First Lady explained that the government had achieved a lot but could have achieved more or even achieved all it had planned for in one year but for two people in government who will never allow things to move fast.

She said that she was disappointed in men who rather than fight these two men, go to them in the night begging for favours. 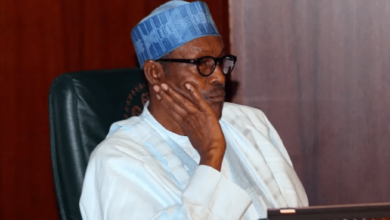 Rihanna and Beyonce speak out on the death of George Floyd