A Kenyan woman took to Facebook to post photos of her former housemaid, warming  other women not to employ her as she is a home wrecker and devil worshipper.

Her post which was written mostly in Swahili, but from the little written in English, the wife stated that in the quest to become the next wife, the maid allegedly launched a plan to destroy her marriage by saying unpleasant things about her to her husband whenever she wasn’t home. This led to constant quarrels between them. Read the rest below. 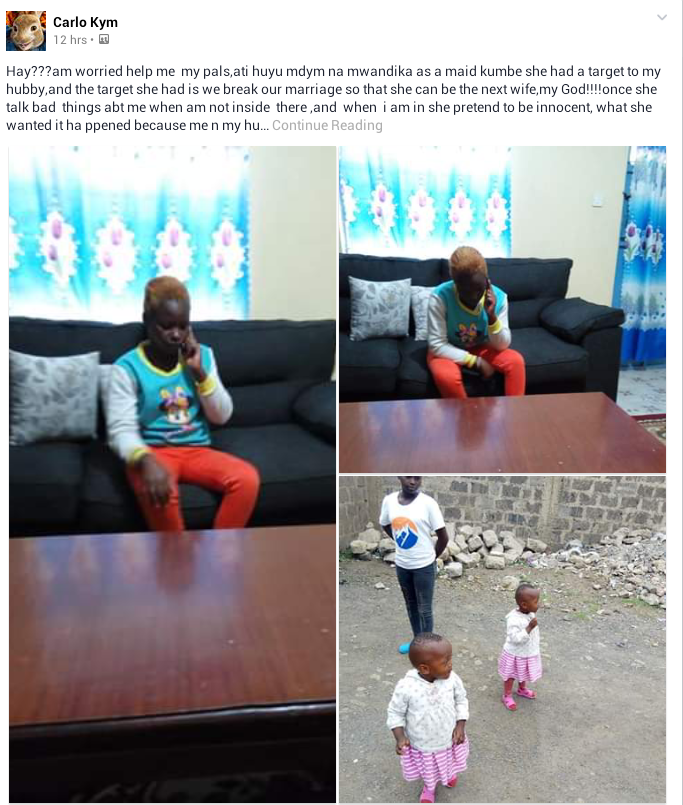 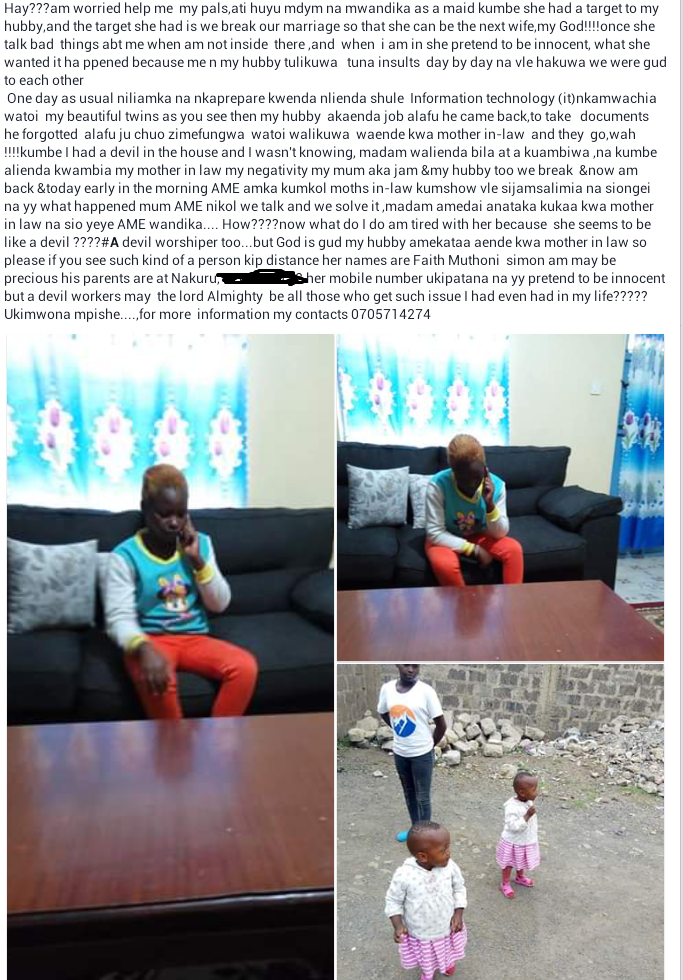