A viral video of a woman licking ice cream out of a bowl after which she placed it back in the store freezer, angered web users and action is now being taken against her.

In the video, which many found offensive, the woman can be seen dipping her tongue into a bowl of ice cream in a Texas Walmart while the friend filming encouraged her in the background, saying, “lick it, lick it” . After passing her tongue across the top of the ice cream, she covered it back and put the  bowl into the fridge with other untouched bowls of ice cream.

The video was shared online for clout but they got just the opposite reaction.

Police believe they have identified the young woman after “detectives obtained surveillance video placing a woman matching the suspect description in the Lufkin store on June 28 around 11 p.m.”. Authorities are waiting to verify her identity before issuing a warrant for her arrest.

Authorities are also searching for the friend who recorded the video.

The woman who was filmed licking the ice cream could reportedly face a second-degree felony charge of tampering with a consumer product. The Lufkin police department confirmed to NBC news the charge comes with a 2 to 20-year prison sentence and up to $10,000 in fines.

After the video went viral, the creamery released a statement addressing the incident,. They informed customers that the behavior “will not be tolerated”. As a safety precaution, all containers of the ice cream have reportedly been removed from the store’s shelves, the company said.

Watch the offensive video below.

If God would have come to me and said he would take me and spare Kobe, I would have rather that happened – Lamar Odom pens down emotional tribute to late NBA legend 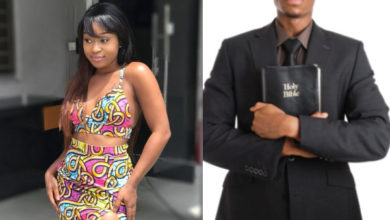